United States Conference of Catholic Bishops we read: “Let us say NO to forms of colonialism old and new. Let us say YES to the encounter between peoples and cultures. Blessed are the peacemakers.
Here I wish to bring up an important issue. Some may rightly say, “When the Pope speaks of colonialism, he overlooks certain actions of the Church”. I say this to you with regret: many grave sins were committed against the native peoples of America in the name of God.
My predecessors acknowledged this, CELAM has said it, and I too wish to say it. Like Saint John Paul II, I ask that the Church “kneel before God and implore forgiveness for the past and present sins of her sons and daughters”.
I would also say, and here I wish to be quite clear, as was Saint John Paul II: I humbly ask forgiveness, not only for the offenses of the Church herself, but also for crimes committed against the native peoples during the so-called conquest of America.
I also ask everyone, believers and nonbelievers alike, to think of those many bishops, priests and laity who preached and continue to preach the Good News of Jesus with courage and meekness, respectfully and pacifically; who left behind them impressive works of human promotion and of love, often standing alongside the native peoples or accompanying their popular movements even to the point of martyrdom.”
-Pope Francis, Two Rivers Report
The United States Conference of Catholic Bishops continues its commitment to Catholic Native American Ministry by publishing a new report.
The report, entitled “Two Rivers A Report on Catholic Native American Culture And Ministry” is about the merging of Native American faith and culture and also examines the gifts of Catholic Native American ministry. 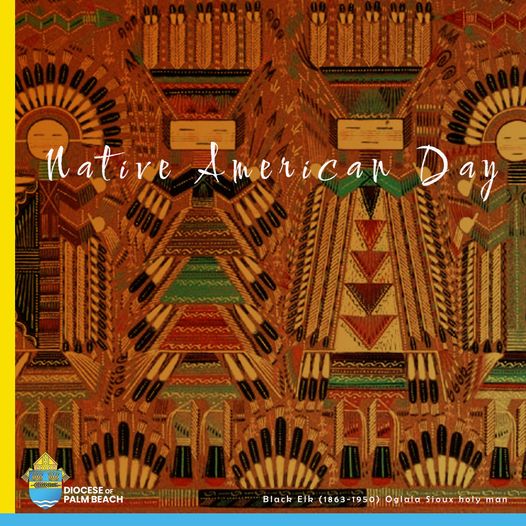