VATICAN CITY — Immersing oneself in silent Eucharistic adoration is the secret to knowing the Lord, Pope Francis said on Thursday morning at Holy Mass in the chapel of his residence at Santa Marta.

“One cannot know the Lord without being in the habit of adoring, of adoring in silence,” the pope said in his homily. Yet, he lamented, “I believe, if I am not mistaken, that this prayer of adoration is the least known among us; it is the one we engage in the least.”

The pope based his homily on Thursday’s first reading from St. Paul’s Letter to the Ephesians (3:14-21), in which the Apostle prays that the Holy Spirit may grant them the grace to be strengthened, and that Christ may dwell in their hearts. “Here is the heart and center,” Pope Francis said.

Paul, the pope observed, “immerses himself” in the “sea which is the Person of Christ.” 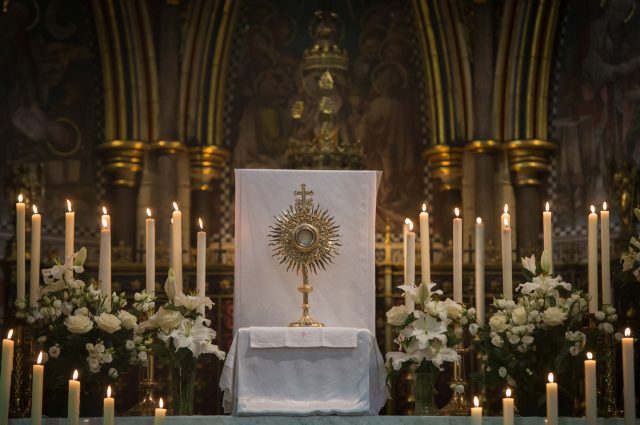