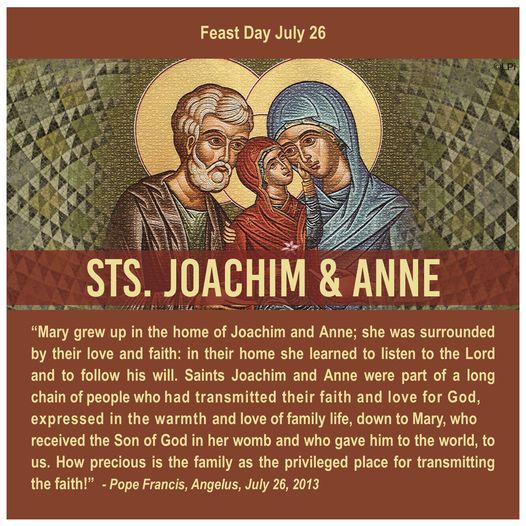 Not mentioned in the Bible, Joachim and Anne are first named as the parents of Mary in the apocryphal Protoevangelium of James, which may date from the second century. In this story, they are old and childless, like the Old Testament Hannah, mother of Samuel, when angels deliver the news that Anne will conceive a child. Anne was an especially popular saint in medieval England, and her feast was celebrated in the West by 1350; Joachim’s feast was authorized or suppressed by various popes, but was joined with Anne’s in 1969. They are the patrons of married couples; Anne is also the patron of childless women, expectant mothers, and miners.
-USCCB