St. Clare of Assisi, Feast Day – August 11
Though 10 years younger than her townsman, Francis of Assisi, Clare was drawn to his radical message of serving God in abject poverty. Despite objections from her aristocratic family, who wanted her to marry, she gave up the world with Francis’ help and founded the Second Order of St. Francis, known worldwide as the Poor Clares. For 40 years, she guided the San Damiano community, whose nuns included her sister and widowed mother. She served the other nuns who went out to beg, was often sick because of their hard life, and was proclaimed a saint just two years after she died.
– USCCB 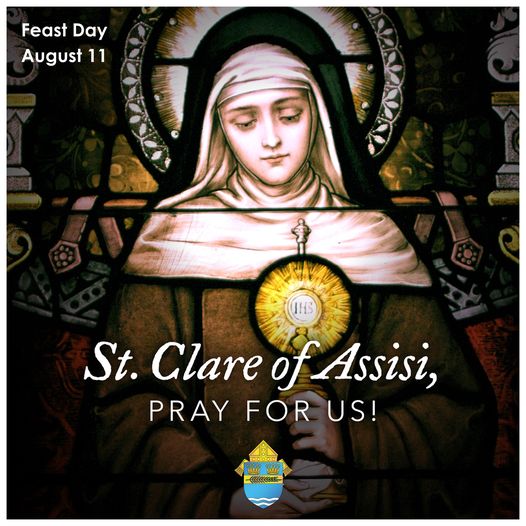